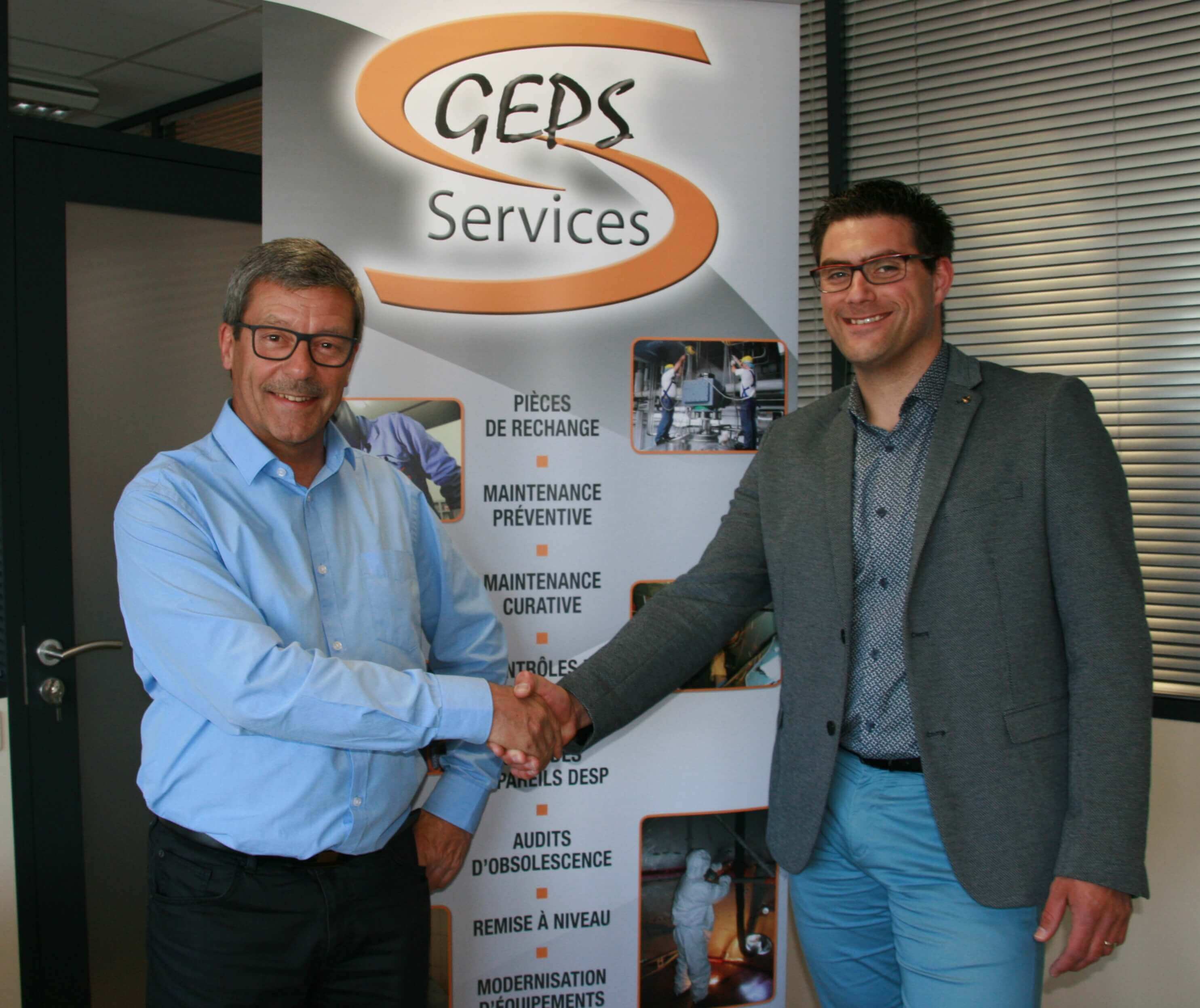 Patrick DELANDE will be leaving the office at the end of April, after 37 years service at GOAVEC, including 27 years devoted to Customer Service, he will be taking a well-deserved retirement. The future of GEPS is assured with the appointment of Mickaël DESIERREY. With  10 years’experience at GOAVEC, he is already well-known to several customers, due to his previous position within the company.

With Patrick DELANDE, Mickaël DESIERREY began his career in the boilerwork design office, allowing him to acquire good technical knowledge about the equipment manufactured by GOAVEC. He then became a Contract Manager and established good contacts with a lot of Customers in France and abroad.

Patrick and Mickaël share the same values: precision, determination, a willingness to provide the best services to the customers, and the ability to develop GEPS Services activity.

Patrick has built the team over the years, by recruiting new colleagues and sharing his experience. So it is with some emotion that his colleagues will say goodbye to Patrick shortly.

The team is confident however that they can build a future with Mickaël. There is no doubt that his dynamism, skills and ability to listen to customers and colleagues alike will give a positive energy to the human relationship that Patrick began 27 years ago.

On behalf of GEPS Services team, we would like to welcome Mickaël and wish Patrick a very happy retirement.

Upgrading of tanks in USA and Australia

Upgrading of a platform and electrical cabinet manufactured in 1995

GEPS Services goes out to meet prospects in Algeria

Fitting of a bucket with descent rescue system on a gangway

Work safely in confined spaces with a winching system with bracket

Training of Maintenance staff in USA